We tried reasoning but realized from Kelty's tone of voice that he was very desperate. So we decided that my wife, Ginny, would make the trip to Notre Dame. She went through many of the same things I did. By that time, Kelty was on antidepressants, which we were told, would take several weeks to take effect. Ginny reluctantly left Kelty, soon followed by his relentless calls to return home.

Kelty was desperate in his attempts to stop the downward spiral of depression, so we agreed to a five-day trial return home. Back in Whistler, he seemed calmer but exhausted. We were told to encourage exercise and his many friendships, so he spent the next few days snow boarding surrounded by his Whistler chums (male and female). The five days soon ended and he pleaded for us to let him stay. He said, "I just need to be in a safe place." In fact he broke down in the car one day and said "Dad, I don't know what is wrong with me. I just want to be a normal kid like I was before. Dad, hide the guns. I am not kidding. Hide the guns. Dad you have to let me stay. I can't go back."

I too broke down, knowing he was in such serious trouble that we had to have him close to us. I agreed to keep him here. I made him promise me that he would be safe if he stayed home. I promised him that he would get better with the antidepressants and the love and nurturing provided by his family and friends. Neither of us kept our promise.

I hung a cross in the place where Kelty took his life, and I often look up at it and ask "Why"? I think of what could have been. I think of his pain and suffering. The only way he could think to end the pain was to end his life. His defenses were so low - his resistance none.

Our beautiful daughter Riley wanted to continue her brother's tradition and asked to go to Notre Dame for grade 10. She has just returned for Thanksgiving, five days early. All the girls did. They were sent home because a depressed classmate took her own life in the dormitory washroom. Teenage suicide has reached epidemic proportions.

We have to help save some of these young lives. 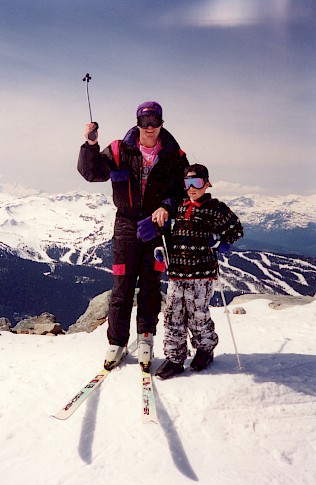