Teenage suicide and depression obviously has a dramatic effect on families, friends and communities. Ginny and Kerry Dennehy, Kelty's parents, are devoted to sharing their experiences with others to help educate and thereby reduce the tragedy of teenage suicide. Kerry shares his son's poignant story with courage and hope...

A small granite tablet in a quiet corner of the Whistler Cemetery marks the last resting place of our son. It reads, "Our Beautiful Boy", Kelty Patrick Dennehy, Nov. 23/83 - Mar 02/01. We were proud to have him in the same row with some of Whistler's early pioneers and legends, Myrtle Philip, Jean Tapley and Dave Murray, giving evidence to the fact that some souls live to a ripe old age and some are taken well before their time.

Kelty suffered from depression, which cast a cloud over his life that proved to be unmanageable. Kelty's friends, family, doctors and psychologists were never able to access, understand or manage his depression. Depression is a disease so insidious that only those who have suffered its depths can describe the loss of self, the loss of hope, and the blackness that snuffs out every ray of light.

Why depression strikes and manifests itself in certain individuals is largely a mystery. Studies indicated that Kelty fit a certain stereotype - a stereotype that most would be surprised to find was high risk for suicide.

Early childhood and youth painted the picture of a fairly typical boy who was average in school, loved sports and got along well with his peers. Kelty seemed to be a well-adjusted all around, likable kid, accepting the bumps and grinds of everyday living. My wife and I are from big, close families and we tried to give him all the love and attention we enjoyed in our own families. We played roles in coaching and supporting his soccer, baseball and hockey teams.

Kelty's first quantum leap into cultural shock came when he insisted that he enroll in Saskatchewan's Notre Dame College. Notre Dame is a private Jesuit school known for its high standards of academics and sports. At first Kelty had trouble adjusting and raised a fuss about coming home. Towards the end of the year he finally settled in and produced good showings on his report card and on the ice with the bantam hockey team. 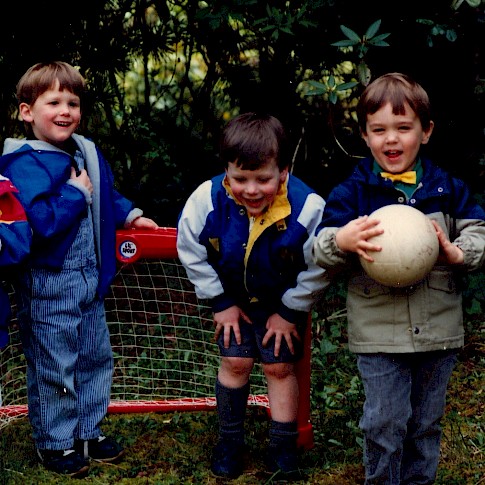