Choosing Hope: A Mother's Story of Love, Loss, and Survival
by Ginny Dennehy with Shelley Fralic

A chronicle of family love, unspeakable loss, and the power of healing.

Ginny Dennehy was living the dream: a great marriage, two wonderful teenagers, a fulfilling career. But in 2001, the world turned upside down when her son, Kelty, in the grip of depression, committed suicide at the age of seventeen. Just eight years later, her daughter, Riley, died of a heart attack in Thailand.

How does a mother go on after her child dies, and how is it humanly possible to survive the death of two? Candid and deeply moving, Ginny's story conveys the message that even in the wake of unspeakable tragedy, there is hope. 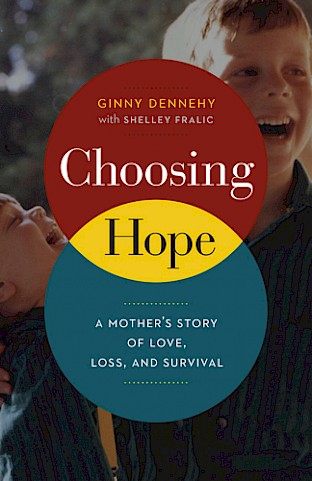